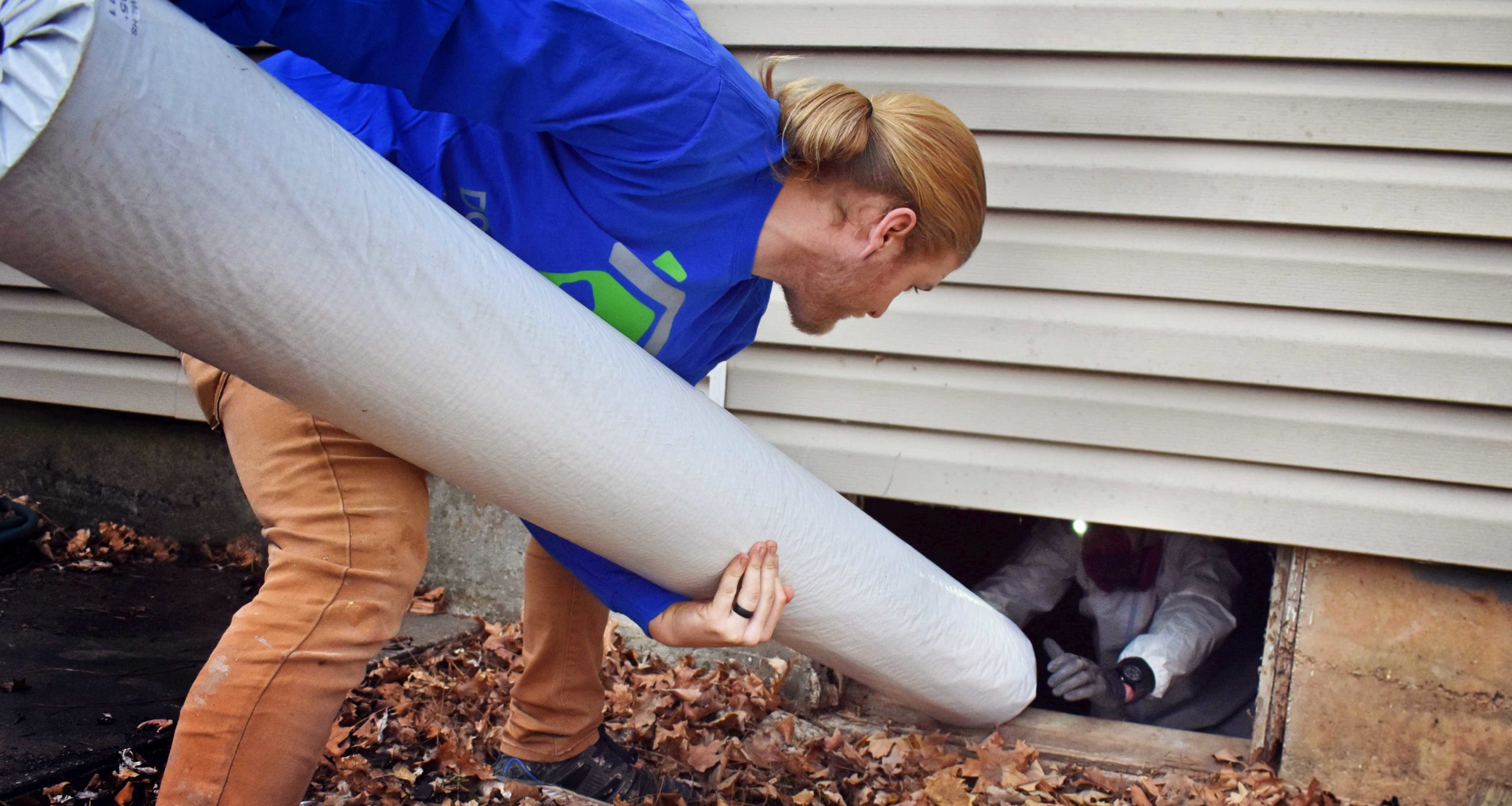 If you're having issues from a damp crawl space, the first step is to have Dog Gone Waterproofing come out and perform a crawl space inspection so we can assess whether your crawl space has a moisture issue or a water issue.

Those might initially sound like they're basically the same thing, but a moisture issue vs an active water intrusion issue are two totally different situations that call for totally different protective measures to be taken.

When we talk about a moisture issue, we are talking about the normal moisture that comes up from the earth's soil. In the Ozarks, there are about 18 gallons of moisture per day coming from a dirt crawl space floor that are simply caused by natural soil evaporation.

When your home sits on top of a dirt floor that doesn’t have a crawl space vapor barrier installed, that’s a lot of moisture rising up to your floor joists and sub-floor every single day. Over time, this can cause mold, wood rot, termites, and more.

When we talk about a water issue, we are not talking about natural soil evaporation. We are talking about actual water intrusion where the water needs extracted from the crawl space.

There are more involved systems that can be put in place to take care of water issues that don’t need to be installed if you are only dealing with a moisture issue. So we start by addressing any active water intrusion issues before we deal with the moisture issue.

When we are dealing with a crawl space moisture issue, one of the most common preventative measures is to install a vapor barrier, which is essentially a thick plastic sheeting, over your entire crawl space floor.

The goal when installing a crawl space vapor barrier is to cover up as much of the crawl space floor as possible.

When properly installed, those 18 gallons of moisture a day that would normally get into your crawl space is cut down to about half a gallon a day. That is a drastic difference and helps prevent all those issues that can be caused by having excess moisture in your crawl space.